The world of advertising will have to undergo a serious change if it has to survive. Though Facebook’s ascent as a viable alternative to the traditional media has been temporarily quelled, it is only a matter of time before they are back to challenge the domination of television as the primary medium of reaching out to the masses. To ensure that television ads are less of a drain on the advertiser’s pockets and also to ensure that there is less customer fatigue, there needs to be a number of changes made to the conventions of advertising, and ensure that advertising creates a pull rather that the push it receives now. But beyond these problems, which can be discussed separately, is the big challenge that brand managers continue to face on a daily basis, which is of shrinking budgets for advertising expenditures. If the last problem is solved creatively, it could address parts of the other problems that were mentioned earlier.

The innovations in advertising are beginning to come from some unexpected quarters though!

Some nascent evidences of co-branded advertising

When movie stars promote their upcoming movie releases on episodes of popular television serials by playing small parts in episodes of serials, you have to really stand back and applaud this novel way of advertising, which is at once subtle and yet highly resonates with its audience. Another interesting advertising route that moviemakers are taking is getting their lead actors to come in as guests on popular reality shows. This ensures instant publicity for the movie, without having to shell out millions of rupees in advertising costs while it also increases the TRP ratings of the show. The argument against this is that you need to keep repeating the same message to the audience before it gets ingrained in their minds. But one should bear in mind the fact that wise men talked about repeating the same message and not the entire advertising.

Now, I believe that this model needs to be taken one step further, where it is applied to most products that are being advertised on television. An innovative approach of pairing advertising brands together to create a compelling story needs to be worked out.

Now let us look at another industry, maybe the FMCG (fast moving consumer goods industry) and let us imagine that as the chief marketing officer (CMO) of a big CPG (consumer packaged goods) player like Uniliver, you have to come up with a brand advertising strategy for all the brands that you are selling in a particular country. You have also been asked to reduce your advertising budget by half and at the same time ensure that your sales don’t take a hit. This could be a likely scenario in an age where the world is struggling through a series of recessions and as a result, the market share of the national brands is being severely cannibalized by lower cost private labels and regional brands. As a result, the purse strings of the marketing divisions of companies stand to get tightened.

Given, that as a CMO, my advertising budget has been reduced by half, one of the experiments that I would be keen to carry out is to see how multi-brand advertising with a common theme works out. I will group together brands, which will have similar kinds of messages and audiences and come up with a compelling story for the audience, so that the audience takes back a full suite of brands in their minds to serve their various needs. Initially, I will work on some hypothesis but at the same time, I will use historical data based on past buying behaviour of customers and do a market basket analysis (a type of customer behaviour analysis) of shoppers to see what categories of products that the different segments of customers buy together. For this purpose, I will tie up with one of the major retailers in the country and get access to their EPOS (Electronic Point of Sale) data and segment the customers based on their buying behaviour. Now, each segment of customers will be characterised by different types of market baskets. These market baskets would give pointers to what should be included in a multi-brand advertising campaign.

A couple of examples

Let us assume that profiling of one of the customer segments as above, gives us a characteristic market basket of toothpaste, toothbrush, tea, soup, jam, sauce etc. which overlap with the brands which Unilever sells. This is the back end spade work called Analytics which will give the essential information to the creative agency which will now have to think of an innovative commercial that will capture the relevant Unilever brands in these categories and all of them together, if possible, or maybe about four of them together. Another important segmentation that needs to be done at this stage and super imposed on the existing segments is price segmentation, where low priced brands, medium prices brands and high prices brands should be advertised together in the same commercial to appeal to the different price segments.

Imagine a perfect family morning where a child gets up to brush his teeth with Pepsodent toothpaste and a Pepsodent toothbrush, followed by breakfast of Knorr soup and bread with Kissan jam and burger with Kissan sauce. The child’s parents at the same time are sipping on Brooke Bond tea. This would be a perfect image that a shopper will have in his mind when he goes to shop. It is a known fact that images serve better for memory recall than words and thus, in one fell swoop, Uniliver has advertised six different products and four different brands. Thus, the advertising budget is reduced, people remember and associate themselves with all these products and brands when they go out to buy stuff from the retail store and if one does a thorough analysis of sales after running this campaign, it is bound to show a domino effect on sales for all these products and associated products of these brands. The advertisement has to be creative enough to call out the brands and products distinctly in the commercial so that people are able to recall them.

There is a strong argument that purists have against cannibalisation of products. One of the cons is that it confuses customers as to what the manufacturer wants them to buy as the products belong to the same stable. Hence, the manufacturers try and keep their name in the background and let the brand hog the limelight, so that people perceive the product as that from a different company. The other disadvantage is that you are intentionally coaching your customers to switch, if you have not differentiated your new product from existing products (in that same category or product line) either on purpose or just because you could not do a good job of it. Customer switching is not good for brand loyalty.

But it is a great way of capturing a larger market share by making multiple products that suit people with different tastes and preferences. Thus, offering a complete suite of products targeted at different segments would also help a company like Unilever to educate their target segments on what are the associated products they should buy and thus, help in cross-sell in a big way. Hence, a commercial showing a Dove soap will definitely not include a footage on a Lifebuoy soap or a Rin bar as the price segments are different. But a commercial showing a model using a Dove soap one day and using a Pears soap on a second day and a Liril soap on a third day would give rise to a new concept in bathing, where you are creatively telling people to buy into an assortment of brands for the same product type and changing their lifestyle. The fundamental question that I have here for the consumers and advertisers and manufacturers is: if we can consume different kinds of food every day, wear different clothes every day, why can’t we use different soaps? Now, this might need a separate article in terms of justification, but the point that I am making here is that marketers and brand managers need to think beyond the present conventions of consumer lifestyle and coach them on new ones, and at the same time, be able to advertise and market more for less.

Similarly, as a sequel to the advertisement on soaps, we should be able to build a commercial which espouses the use of multiple shampoos on different days – Dove one day, Sunsilk on another day and Clinic Plus on the third day et al.

As Howard Moskowitz taught the world that there exist different types of spaghetti sauce and not just onetype, someone in the world of brand and marketing should sit up and take notice of the fact that there can be multiple brands in a single advertisement and not just one. 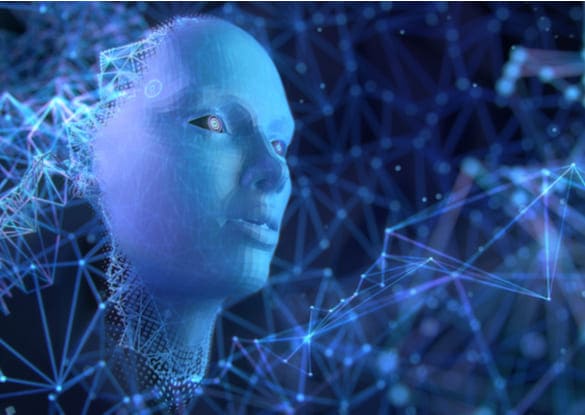