What is in Store for the Pharma Industry After the 2020 Elections?

What Should the Pharma Industry Learn from the 2020 Elections?

1.1 Current State of Party Control of the White House and Congress

The November 2020 elections for President, Senate, and House are not quite over as of the writing of this blog. Former Vice President (VP) Biden has been declared the president-elect by the media. However, there still remains the completion of mandated and/or requested recounts in very close state elections, legal challenges by President Trump, final state certification of election results, and the official allocation of electors by each state to the Electoral College. Indications suggest that all the recounts and legal challenges will not overturn President-elect Biden being the next President. President-elect Biden, however, did not create any political coattails, nor did the expected “blue wave” occur as predicted. House Democrats lost seats as they saw a repudiation by the electorate of messages seen as moving too far left. House Speaker Pelosi is projected to have the smallest majority in 18 years.1 Speaker Pelosi’s own caucus criticized her leadership and failure to protect Democrats against charges of the party lurching toward socialism. The control of the Senate, however, still hangs in the balance, with Republicans holding a narrow 50-48 lead, with two runoff elections in Georgia to decide which party will control the upper chamber.

Broad stock market indices saw significant positive reactions in the couple days post-election, with analysts suggesting Republicans will win at least one of the Georgia Senate seats, thereby keeping them in control. Healthcare and pharmaceutical stocks rose about 5% following the election news, as these stocks were previously underperforming relative to the S&P 500 six months prior to the election.2 One argument suggested is that divided government may help President-elect Biden provide a moderating policy influence against positions proposed by the progressive wing of the Democratic party who are looking to go further left than the electorate will likely want as seen in the House election results and the 74 million (47%) of the votes received by President Trump.3 Divided government also likely means threats to the pharma industry will be no greater relative to what has already been imposed by the Trump administration. Therefore, what remains to be decided is whether the industry sees Scenario 3 or 4 as outlined below in Table 1 (and as outlined in the pre-election white paper).

Source: See a previous Axtria Research Hub September 2020 white paper by Chressanthis: What Is At Stake For The Pharma Industry From The Upcoming 2020 Elections: How Should Companies Prepare?4

How is the Pharma Industry Expected to Fare Under a Biden Presidency?

A Biden administration will attempt renewed policy efforts to control the cost of prescription drugs that could affect pharmaceutical company profitability.5 These policy efforts will likely come in the form of imposing direct price controls (which have already been implemented by the Trump administration) and proposing the federal government be allowed to negotiate directly on discounts for medicines under Medicare, which cannot be done under current law.5 A Republican-controlled Senate (Scenario 3) would likely maintain current law.

Scenario 4 is the outcome that is potentially the most significant for the pharma industry and can occur if the Democrats win both Georgia Senate runoff elections (VP-elect Harris would break any 50-50 tie votes in the Senate). Democrats could impose more significant changes in drug pricing legislative policies, which would be more affecting and longer-lasting to the industry than those imposed through executive actions. Executive orders can generally be easily undone by the next President, whereas passed legislative Congressional actions signed by the President are harder to undo.

The following list represents predictions on what could likely be facing the industry under Scenario 4:

The Wall Street Journal (WSJ) outlined potential Affordable Care Act (ACA) and Medicare policy changes under a Biden presidency.6 While not directly affecting the pharma industry, policy changes could have spillover effects that could have managed market impacts on drug access, plan control, and affordability. According to the WSJ assessment, a Biden presidency would strengthen the ACA after Trump administration policies weakened it, and expand federal subsidies.6 Eligibility requirements for Medicare would be expanded, with a public option plan for people to buy into the program, including those with employer-provided health coverage.6 Biden would like to see entry into Medicare lowered to 60 from 65, affecting some people to shift from Medicaid to Medicare, and reduce the number of people who are covered under employer-provided health coverage.6 Increasing enrollment into Medicare would drive up spending, which may be difficult to pass with a Republican Senate (Scenario 3). Senate Republicans may be unwilling to add to the deficit given the $3 trillion budget gap for the fiscal year ending in 2020, due to earlier tax cuts, COVID-related stimulus packages, and recession effects on lowering tax revenue while increasing anti-recessionary entitlement spending. Greater enrollment in Medicare, coupled with the law change to allow for direct government negotiation of discounts for medicines, would make drug net prices lower and thus could reduce the profitability on pharma companies exposed to this business. Possible offsetting effects to reductions in profitability are the shift of business to Medicare from Medicaid (plans that provide greater margins to companies), and increasing the coverage for people who currently do not have health insurance. Higher enrollment means greater access to prescriptions, thus higher volume of business, which then must be weighed against policies to reduce net drug prices. The final effect on profitability depends on a weighted price-volume by payer channel analysis. Therefore, which party controls the Senate (Scenario 3 vs. 4) is critical to pharma companies and their future business operations, given the range of policies and resultant effects.

Scenario 3 (Republican Senate) does not mean the pharma industry is out of danger against policies that could dramatically affect its operations. The result of the preceding policies, if enacted, would be a resetting and lowering of the overall structure of drug net prices, decreasing marginal profitability on all resource allocations across the entire supply chain, from R&D portfolio investments through to commercial promotion activities.

What then should pharma companies do now to prepare themselves for future onerous legislation on drug pricing? Key suggested pharma company reactions are noted below, all involving the application of commercial analytics (see Chressanthis for further details):4

Major political events are often miscalculated or ignored on their potential business effects. Pharma companies are particularly exposed to political-induced policy risk, given the attention the industry has among the electorate and politicians. Axtria’s think tanks in Decision Science, Commercial Excellence, and Business Information Management have developed innovative solutions and/or useful insights to help pharma clients in setting up and implementing the preceding suggested capabilities. Furthermore, the existence of the COVID-19 pandemic has directly caused and induced long-term changes while accelerated existing forces that were already in place, causing changes in pharma commercial models and analytics. Axtria has leveraged its expertise to assist clients in navigating through COVID-19 induced business challenges. If you are worried about how future political changes will affect pharma public policies, which in turn will significantly affect commercial operations, please contact us (directly below). Axtria would be delighted to help and ensure that your commercial operations are prepared for these future challenges and opportunities, as previously outlined. This will allow us to ensure that potentially life-saving medications continue to get to the appropriate patients and mitigate the negative societal health outcomes that public policy measures on imposing increased drug price regulations will create.

Follow developments on this and other important topics through articles published on the Axtria Research Hub and Axtria Blogs.

Written By:
George A. Chressanthis
Dr. George A. Chressanthis is currently Principal Scientist at Axtria, a big data and analytics company, in a newly-defined position held since his arrival in July 2016. He brings a unique combination of professional experiences into the analysis of strategic and operational issues affecting the biopharmaceutical industry. He is a former executive in the pharmaceutical industry with achievements in academia holding senior professorships in economics, healthcare management, marketing, clinical sciences, and political science.

Evaluation Of Marketing Strategies For Rare Diseases – A Discussion

In recent years, rare disease products, or orphan drugs, have observed an increase in research and development (R&D) focus from pharma, biopharma, and biotech companies. A study forecasts orphan ... 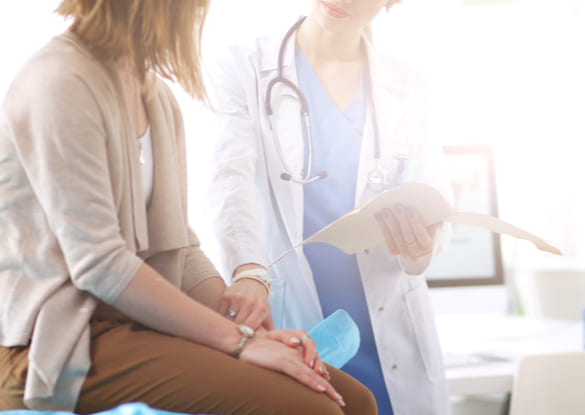