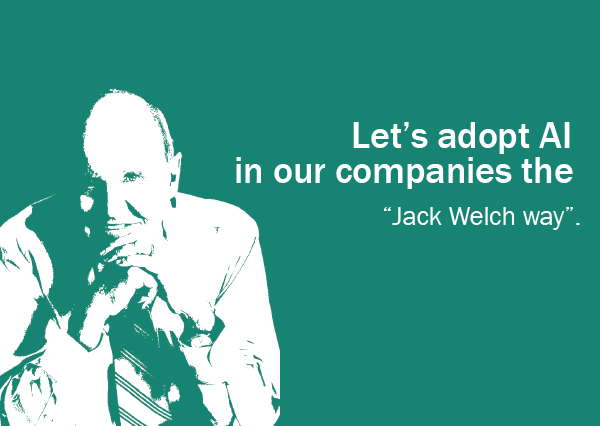 Today more than any other day, having started my career in a GE company (the erstwhile GE Capital International Services), I have this involuntary urge to pay my tribute to “Neutron Jack” in my small and perhaps largely insignificant way. But yet, I must, as the words come out, “Straight from the Gut” for the big man, who has left an indelible mark on every individual that he has remotely touched through his rich legacy, leadership, and philosophy.

As Steve Jobs, in his 2005, Commencement speech to the 114th graduating class of Stanford University, said so evocatively, “You can't connect the dots looking forward; you can only connect them looking backward”. I look at how as a “Digital Transformation” agent, I have been able to imbibe the fundamental principles of Six Sigma, as a culture, to drive change in client organizations.

The fundamental reason why Six Sigma was able to achieve the massive gains at GE was that every person in GE in a white-collar role was mandated to learn Six Sigma as a process. The people were asked to pass an exam through thorough preparation and eventually get certified by completing a meaningful project that helped improve the current business or process. DMAIC got ingrained in my blood at GE, and I could view the world with a very different lens.

As I look at companies trying to adopt artificial intelligence (AI), I see their struggle to convince their internal stakeholders and decision-makers of the efficacy of “AI-enabled decision making” and “AI-enabled process improvement”.

Vendors who are peddling AI are selling AI as a commodity, without making an effort to train, coach, and enable their customers on the “AI way”. More than anything else, there is a need for AI to be understood by most people in their organizations, so that they then become the champions of change, discovering many use cases themselves, that to this date, largely remain undiscovered. The reason for this is because a small team of Advanced Analytics geeks (as they are perceived by the rest of the business) are trying to wring in an Armageddon of sorts, which would eventually take away their jobs. Jack Welch told GE employees that once you automate or improve your process, you move on to something more exciting, and he gave that opportunity to his people.

Instead of using AI as a secret weapon that could help us steal a march over others, we tend to view it with suspicion and eventually disdain and complain that there is no visible ROI. The Quality or Six Sigma team at GE, worked as facilitators and gatekeepers, enabling employees to discover opportunities to improve their processes themselves, rather than telling them what opportunities to pick.

We need to drive AI in organizations in a similar way so that every white-collar employee (management cadre perhaps, to start with) is trained, coached, and certified in AI and then empowered to look for applications of AI in their day to day work. This will have a domino effect on the number of viable and impactful AI use cases that an organization can come up with. It will not depend on a small, esoteric group of data scientists trying to think of all possible use cases, then trying to convince the business stakeholders as to why they should adopt them and eventually trying to build and implement those use cases.

And this becomes a win-win for employees and organizations as well, as who doesn’t want to become a “Citizen Data Scientist” (as Gartner calls them) in this day and age, where we are fast approaching the point of Singularity that Ray Kurzweil has so profoundly predicted. And the “restless genius”, who perhaps, has more patents to his name than any living person on this planet, must surely know what he is talking about. With all due respect to Mr. Richard Patrick Feynman- "Surely you must be joking, Mr Kurzweil?".

For if Mr. Kurzweil is not joking, time is fast running out for us as even in death, Mr. Jack Welch, has left behind his incredible life lessons, not the least of which being a strong reminder, on how to enable an organization to adopt something incredible and powerful, at the grassroots level.

Let’s adopt AI in our companies the “Jack Welch way”. 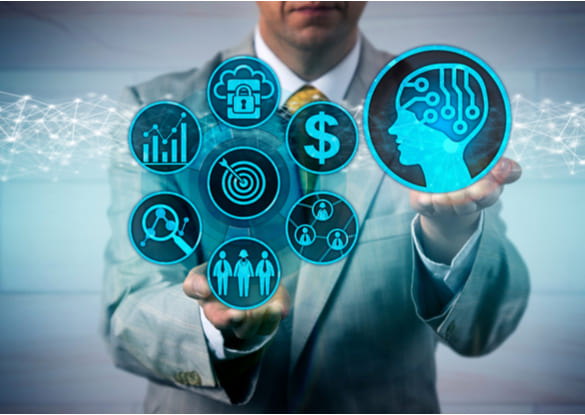 With the increase in the number of touchpoints for a Healthcare Physician (HCP), it has become more important for pharmaceutical companies to personalize marketing efforts at the HCP level. ...

COVID-19: AI and Big Data for Treatment, Containment, and Flattening the Curve 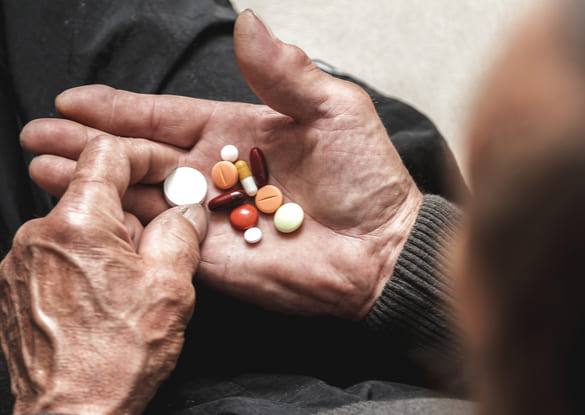 The Role AI Is Playing In Healthcare Patient Adherence

As per a systemic review1 published in Annals of Internal Medicine, assessing the impact of interventions to improve adherence, it was found that about half the medications prescribed for chronic ...